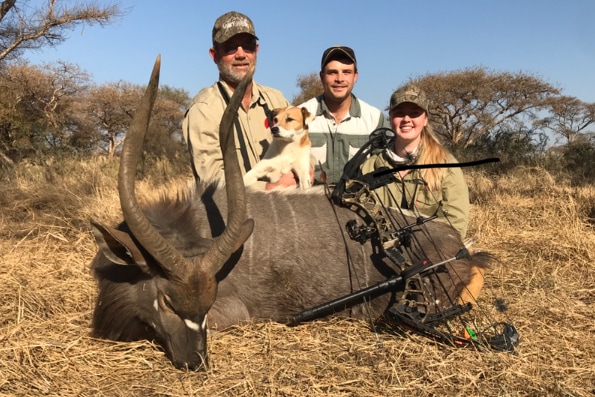 Hunting in Africa is one of the best ways to see the world’s most successful conservation program in operation. Despite what the media likes to tell us, recreational trophy hunting has been credited with bringing several vulnerable species back from the brink of extinction including the white rhinoceros, black wildebeest, bontebok, sable and roan.

Privately owned game ranches in Southern Africa have resulted in wildlife numbers rising from 575,000 in the 1960s to more than 24 million today – an increase of a whopping 4200 percent!

Due to the sheer size and topography of Southern Africa, there are many different hunting areas you can visit, each with their unique species, natural wonders and tourism attractions – including plenty for the non-hunting members of your group to do.

At HuntShack, we focus on four main hunting areas: Limpopo, Free State, North West Province and Mozambique – though we can arrange hunts in other areas on request.

What animal species can I hunt?

Other species can be hunted on request, but it is always a good idea to check with CITES and your own border security sites on importation regulations for your country. Just because it is legal to hunt in Africa does not mean you can bring the trophies home. For instance, here in Australia, it is illegal to import any lion, elephant or rhinoceros parts, even if the hunt was legally conducted. Australia also requires permits for any bear or cat species. View the full list for Australia here: https://www.environment.gov.au/biodiversity/wildlife-trade/cites 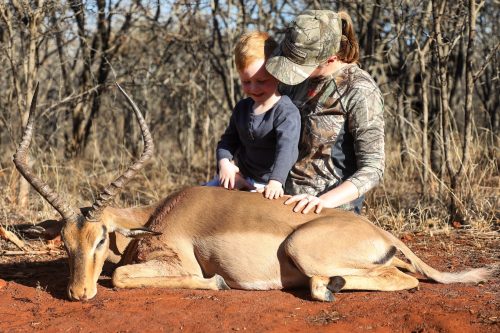 Because of its large wooded areas, the Limpopo Province in the north of South Africa is perfect for bow hunters or those who like to get up close and personal with the game they hunt, which will give you the perfect opportunity to test your spot and stalk skills. Our main hunting camp borders the Marekele National Park. Limpopo is the perfect destination to hunt the Tiny Ten, as well as the Big Five. as well as many of the plains game and herd animals. 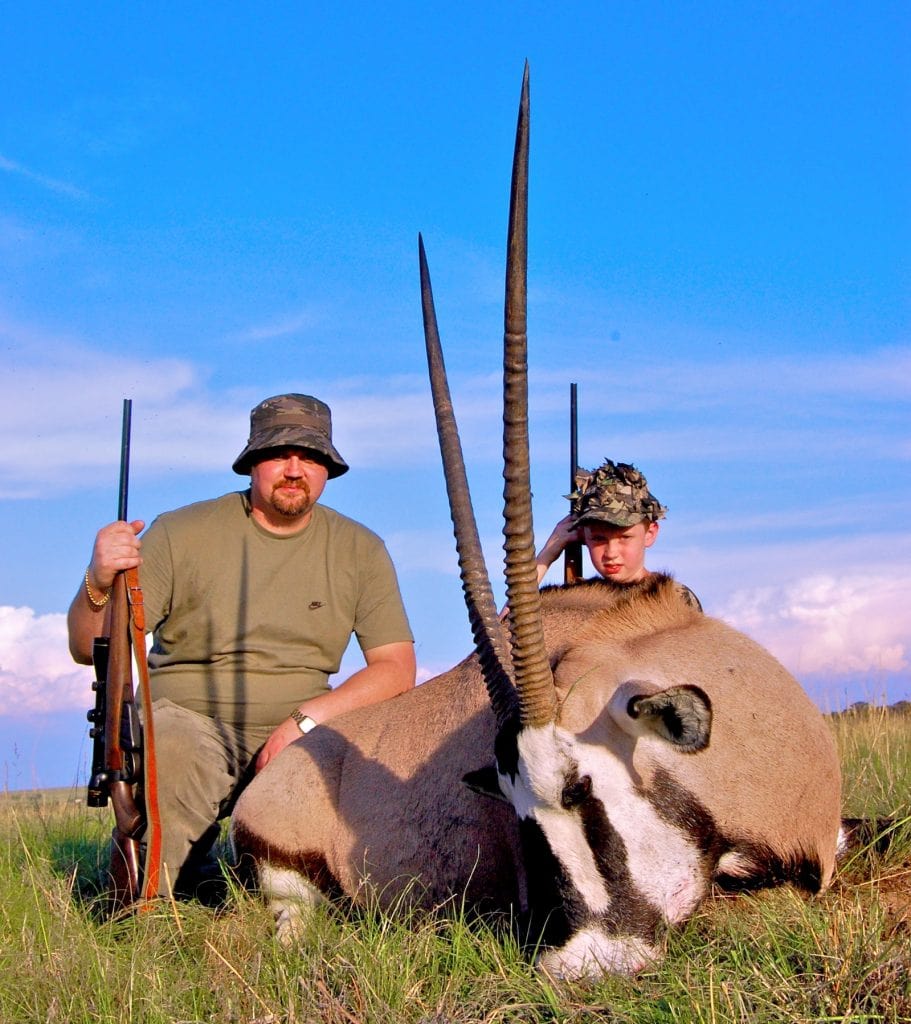 The flat, rolling grasslands of the Free State, in the middle of South Africa are perfect for spot and stalk hunting (we recommend bringing a good pair of binoculars). Because of the topography, most hunting takes place at distances of above 200 yards, so you will need to be comfortable shooting longer distances. Free State is the only place in the world where you can hunt black wildebeest in their natural habitat. The wide open spaces also make this a perfect area for antelope and plains game animals. It is well known for its well-established herds of springbok, greater kudu, hartebeest and zebra. Our hunting areas are located in the Senekal area. 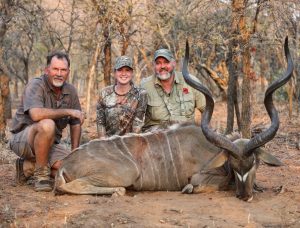 Located close to Johannesburg, the North West Province of South Africa is an easy destination to visit without having to travel too far. Its unique topography and sheer size has become synonymous with hunting dangerous game such as elephant, lion, black rhinoceros, cape buffalo, and leopard, though again, we would recommend checking import regulations in your home country. It also sports huge roaming herds of impala, springbok, red lechwe, gemsbok, steenbok, duiker, greater kudu, red hartebeest, eland, zebra, giraffe, sable, roan and a variety of other game species. North West Province is also home to a number of well-known tourist attractions, such as Sun City Resort with its water parks, golf courses, and restaurants, and Pilanesberg National Park, making it an attractive location for those with non-hunting members of the group. 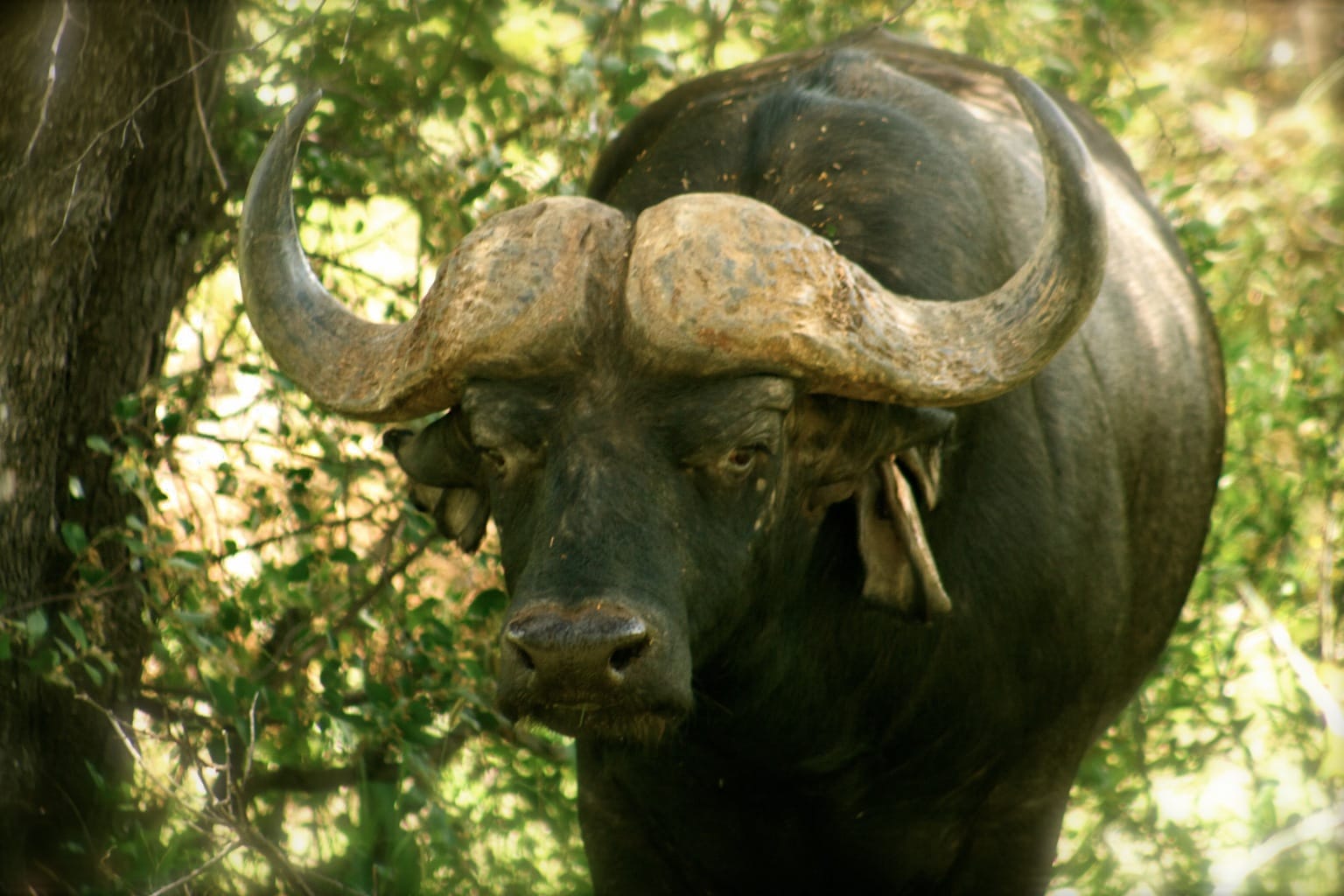 Bordered by the Indian Ocean to the east, Tanzania to the north, Malawi, and Zambia to the northwest, Zimbabwe to the west, and Swaziland and South Africa to the southwest, Mozambique is a big game hunters paradise. Hunters come from all over the world to hunt free range cape buffalo and Nile crocodile, as well as nyala, sable antelope, leopard, lion and  elephants. Hunting is primarily free range and takes place on foot, with a team of local trackers – which is how the locals have been hunting for hundreds of years. Our hunting camp is located in the Pafuri area in the south of Mozambique, which shares a border with Kruger National Park.

Unlike in Australia, you don’t need to have a current firearms license to go on a guided hunt in South Africa. This makes it a great place to do one of our Learn to Hunt packages. Our professional hunters will teach you about firearm safety, shot placement, the different types of hunting, field dressing and preparing your trophy as well as breaking an animal down into cuts of meat for the table. If you are interested in learning to hunt with us, you can contact us here.

We compiled a list of frequently asked questions about what it’s like to hunt in Africa to help give you a better understanding of what to expect. You can read our answers here.

You can see more about the species available to hunt here. Prices start from $4,000 AUD for a 3 day hunt.